This adventure was by far the most challenging we’ve experienced in every way possible. We would drive to the trailhead on a two-way narrow, winding road absolutely littered with rocks and boulders.  Our hike would end up being a 5 hour, 8.5 mile trek that elevated 2000’ with our highest elevation being over 13,000’.

But as you can see from the picture, it was worth it!

I read a lot about how difficult the terrain would be on the way up to the trailhead (this site helped a lot), but was convinced that our last off road experience was pretty rough and that the 4Runner could handle it.  Well, the 4Runner did its job, but I’m thinking it’s time to raise her up and replace the stock tires.  There were huge rocks bulging out of the already uneven, steep rocky road that made me wish for an extra couple inches of ground clearance.  I was a bit jealous when we saw raised Jeep Wranglers with monster tires on them just owning the road.

As with the last camping trip, we had no reservations and relied on blogs and the National Parks Service site for scant information on camping options.  That said, we were optimistic that there would be scattered campsites along the way.

After about 20 minutes ascending the super rocky road at about 2mph we met a guy hiking in the opposite direction with his kids.  We were weary from battling the terrain and were hoping he would tell us the illicit campsites we’ve read all about were just around the bend.  Well, no.  We’ve got at least another 3-4 miles, BUT there is a georgous meadow surrounded by peaks just by the creek with tons of campsites.  So with that, we were reinvigorated and continued onward.

The campsite images tell it all folks.  It was worth it. 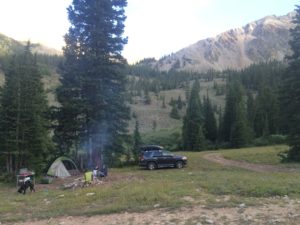 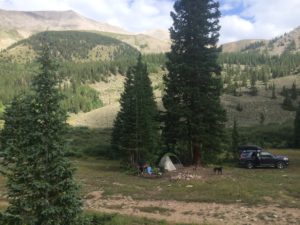 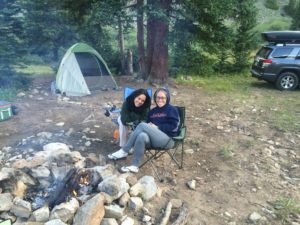 Our next challenge was dealing with the mosquitoes.  Those little bastards have been a thorn in our side everywhere we’ve gone, but this area was plagued by them; we are assuming the proximity to Baldwin Creek (which was crystal clear and beautiful) was the culprit.  BUT we got through it; once we got the fire going they calmed down.  It was a great evening.

We all woke up early next morning, grubbed up and got ready to hike.  I never got a good sense for how far Baldwin Lake was from the campsite area while planning, but we knew it was going to be a diesel hike with the steep and rocky trail.  Time to get your game-face on. 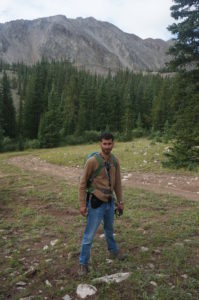 The first mile was super steep and we were gaining elevation fast – lot of huffing and puffing going on.  The trees obscured the distant views, so we didn’t see the full extent of what we were in for, but we were getting a good idea.  Again, we knew it would be a formidable hike and once we hit the clearing we got a good sense for was in store for us; it wasn’t a walk in the park.  No turning back now. 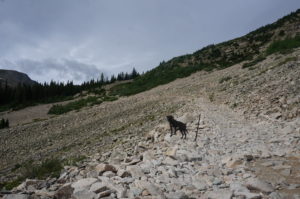 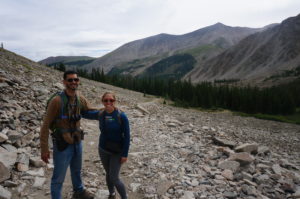 Baldwin Lake actually consists of two lakes that the snowmelt creates as it makes its way down the numerous mountains that surround the bodies of water.  We arrived at the first lake and it was gorgeous.  We stopped for a small snack and to take it all in; Chica even went for a dip. 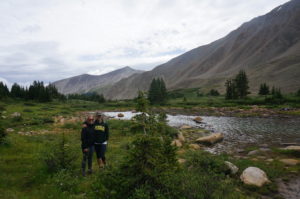 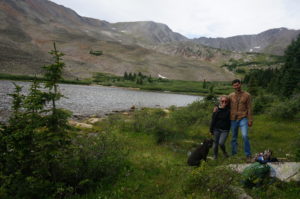 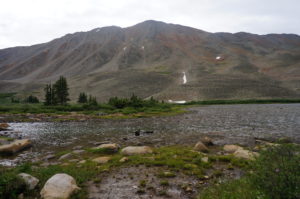 After a short rest and a dose of natural beauty we were invigorated and started off to the second lake.  But first, one more beautiful glimpse of Baldwin Lake 1. 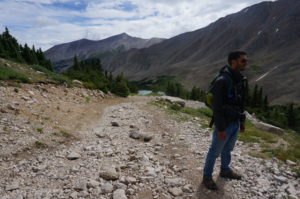 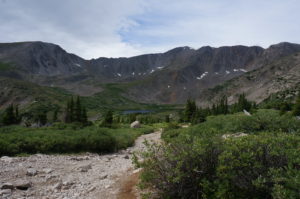 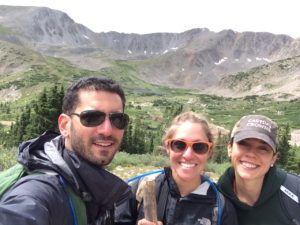 Well we decided to hike a little more to see if there was anything interesting ahead and realized: the more we go up the more time we spend going back down.  So we double backed and hit the switch back taking us to the lake. 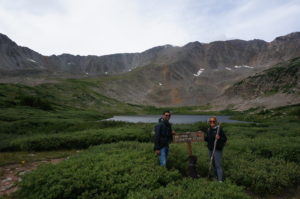 Across the lake there was a big grassy patch at the base of the mountains.  The view from there had to be spectacular and we decided to trek a little more (bringing us to the picture at the top of the entry) and post up for lunch. 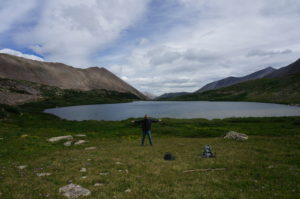 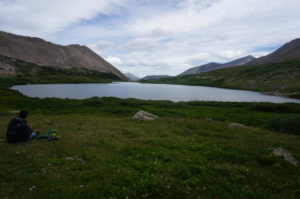 Christina was ambitious and went the extra distance for this awesome photo op.  Can you see her? 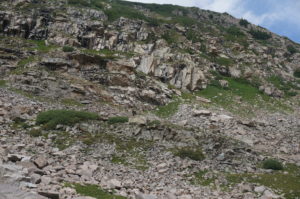 After some time refueling and taking it all in we headed back to camp.  Yeahh no gondola taking us down this mountain. 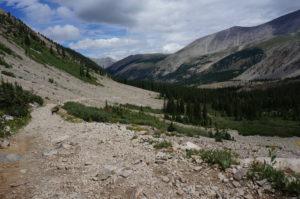 We decided mid hike that since it was still relatively early in the day, we would pack up and head home to Palisade rather than spend another night.  We’d have a full day the next day to do as we pleased rather than waste it driving home.  Everybody was pooped. 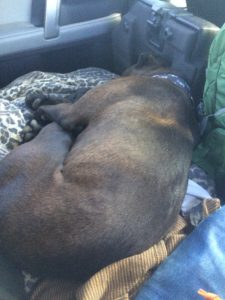