Well  we’ve arrived in Austin and just like that we’ve started the next chapter of our amazing adventure.  Fittingly, it started with a bang!

Jordan was arriving to Austin late Thursday evening  (day after we arrived) so while waiting to pick him up we headed to the Flamingo Cantina to watch our old buddy Micah play some music. 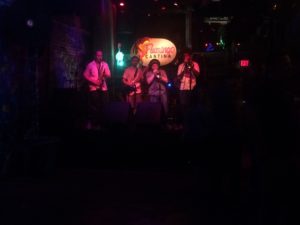 The next day Sean (who was randomly in Austin for a conference) arrived and when Sean’s in town it’s ALWAYS interesting.

We all had a hankerin’ for some legit Austin BBQ and Lamberts came highly recommended.  Needless to say we munched out hard! 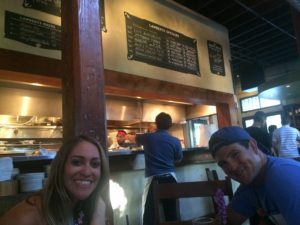 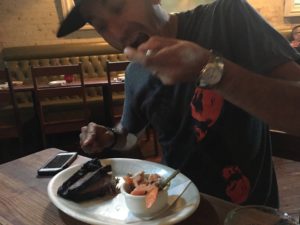 After leaving Lamberts with very full bellies we strolled to 6th Street (Dirty 6 as the locals call it) to find some live music and ended up enjoying some Texas Country (I think I just made up that genre) at the Dizzy Rooster. 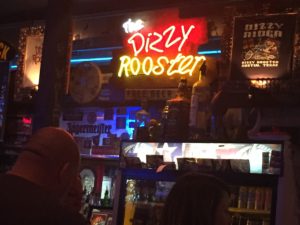 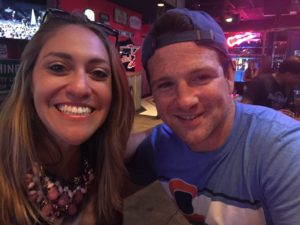 Sean wasn’t the only random to be in Austin on our first weekend. Frank and Joe happened to be in town so we left Dirty 6 and hit Rainey Street to meet those two hooligans at Bangers.  This place is a huge German style pub with an awesome outdoor section and fantastic beer.  At some point we NEED to hit it up for brunch too -the food looked awesome! 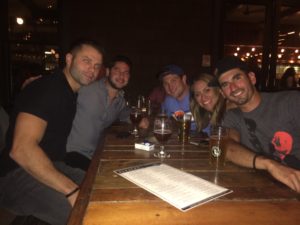 We rolled around to a few bars on Rainey and then headed back to Dirty 6 to meet Jeska and Jordan.  The night gets hazy from here and pictures are scarce, but I know we had a great time.

The next morning we nursed ourselves back to health with some of the best Cuban food I’ve ever eaten from the Cuban Sandwich Café – and yes, I’ve eaten Cuban in Miami!  This place is a hole in the wall that leads to heaven.

Jordan and Jeska, before heading to ACL, took us to “Jack’s Tower”, basically this guy’s house that has a sick view of Austin. 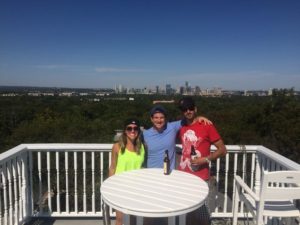 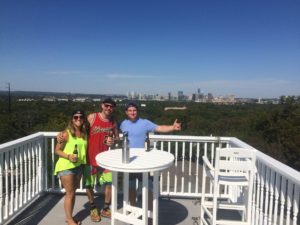 We hung out there and then got dropped off at South Congress where we enjoyed live music and bomb ass taco’s from Guero’s Taco Bar. 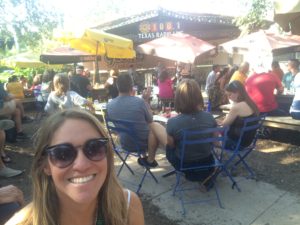 That night we hit tons of places, met up with Jordan, Jeska, Frank, Joe and ended the night at 5am.

Few! That was a wild weekend.

With some alone time, Amy and I decided to explore the Mueller District where we’d be posted up for the next 4 months.  What better place to start than Torchey’s Taco’s which is a good place to grab a drink and grub within walking distance of our house. 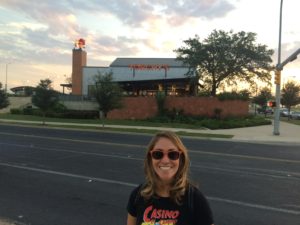 On our second weekend we hung out with Micah and his girl Jessa back at the Flamingo Cantina and watched Micah jam out with another Reggae band. 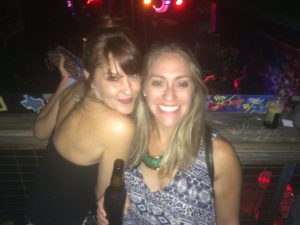 And while there were so many fun memories packed into the first two weekends a shining highlight was Mister Tramps.  Amy decided to catch up on some sleep and I rolled out to this self proclaimed Eagles bar in Austin and it did not disappoint.

There was an entire back room with three huge projector screens that was filled with wild Philadelphia fans and we watched the Eagles destroy the Saints.  This was great for everyone except for the lone (and brave) Saints fan that watched the game with us.  He was appropriately shamed. 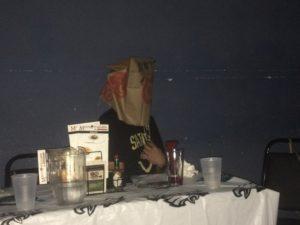 Austin – YOU ARE COOL!

One thought on “Austin – We have arrived!”